The Chemical Industry Can't Be Straight With Us

The collective jaws of the Safer States coalition members dropped last week when we read this letter from Cal Dooley, President and CEO of the American Chemistry Council (ACC). He claims that the ACC has not lobbied on behalf of flame retardant chemistries in state legislatures and state agencies. Many of the Safer States organizations have direct evidence refuting this confusing claim.

In May, the Chicago Tribune wrote a series covering dirty tactics by the chemical industry--specifically the flame retardant industry--that insiders have known for some time. The chemical industry wields billions of dollars of influence to knock down state laws one-by-one, as the states are exercising more power than the federal government when it comes to banning toxic chemicals.

“I had a front row seat to the despicable tactics and distorted science served up by the flame retardant industry to the Maine Legislature. For the ACC to now claim they had no hand in that would be funny if it weren’t so appallingly untrue, it only serves to further undermine their credibility,” said Representative Bob Duchesne via a press release. Rep. Duchesne witnessed ACC lobbyists testifying against flame retardant policies as a member of the Maine Legislatures Environment and Natural Resources Committee.

That's why it was so confusing to read the Cal Dooley letter last week. On the heels of the Tribune series, 21 legislators wrote a letter to the ACC asking that the unethical manufacturers of flame retardants be expelled from the industry trade group.

Dooley's response was fast and simple: "ACC does not advocate with state legislatures or state regulatory agencies on their behalf related to flame retardant chemistries. ACC is not affiliated with Citizens for Fire Safety, and neither ACC staff nor resources were used to support activities undertaken by the group."

Either the ACC is confused, or we are.

When a bill was in front of the legislature in Washington State this year to ban chlorinated Tris, a flame retardant ingredient that is associated with hormone disruption and cancer, the ACC was there. The Seattle Times reported, "American Chemistry Council spokesman Bryan Goodman said last month that banning chlorinated Tris would be premature given that Washington state's Department of Ecology has yet to weigh in on its safety."

"They certainly lobbied the Maine Legislature when we took up legislation concerning flame retardants” said State Senator Phil Bartlett after receiving his letter from the ACC. “It is distressing that any organization would make blatantly false statements, and I hope all policymakers will be careful not to accept ACC's assertions at face value.”

"The ACC actively lobbied in Minnesota against our bills to restrict brominated flame retardants, especially in 2007 and 2008, when these bills were moving," said Kathleen Schuler, co-director of Healthy Legacy. "Four of the lobbyists registered with the ACC named fire retardants as a subject on which they lobbied. All of this information is readily available through Minnesota’s Campaign Finance reporting system.”

In 2011, when work was being done in California to add chlorinated Tris to a list of chemicals which should come with warning labels, the ACC published documentation directly refuting its addition to the list and saying that chlorinated tris does not pose a significant risk to public health.

We know the American Chemistry Council is knee-deep in state efforts to keep flame retardants in our lives. In the coming months, you can look forward to more information from Safer States as we tie together industry and manufacturing efforts to defeat state bills which protect families from harmful toxic chemicals.

"They certainly lobbied the Maine Legislature when we took up legislation concerning flame retardants. It is distressing that any organization would make blatantly false statements, and I hope all policymakers will be careful not to accept ACC's assertions at face value.” State Senator Phil Bartlett 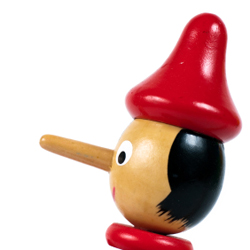